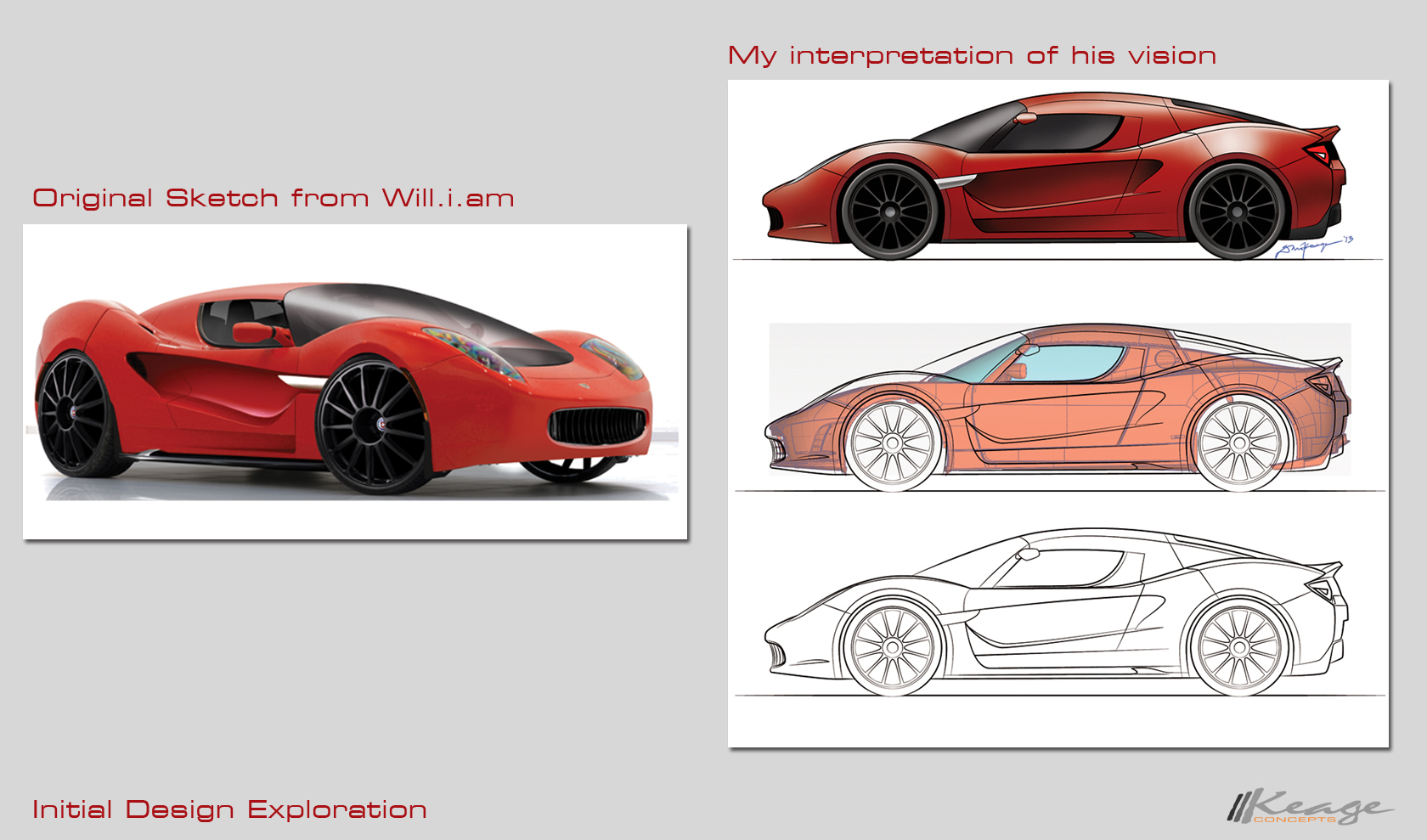 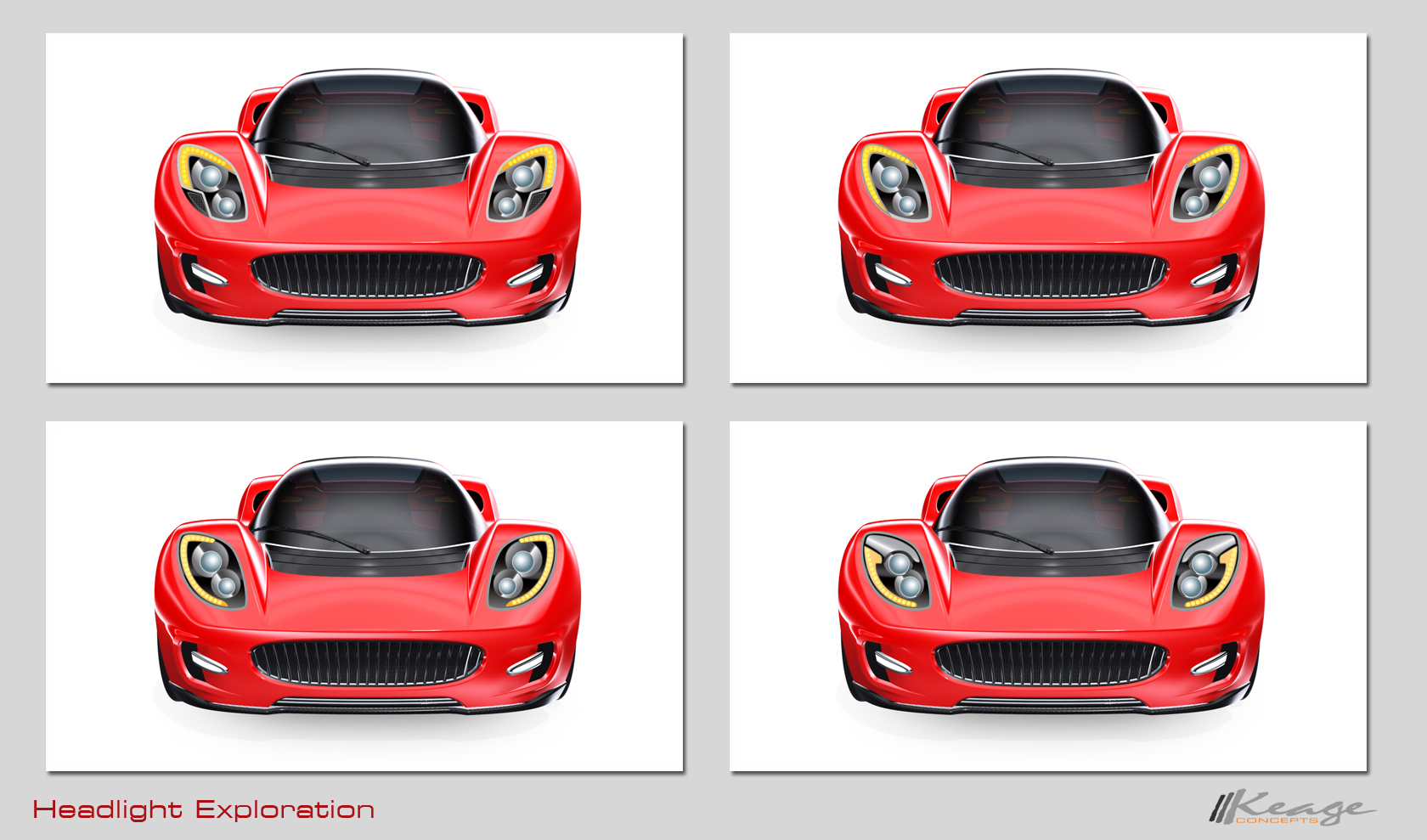 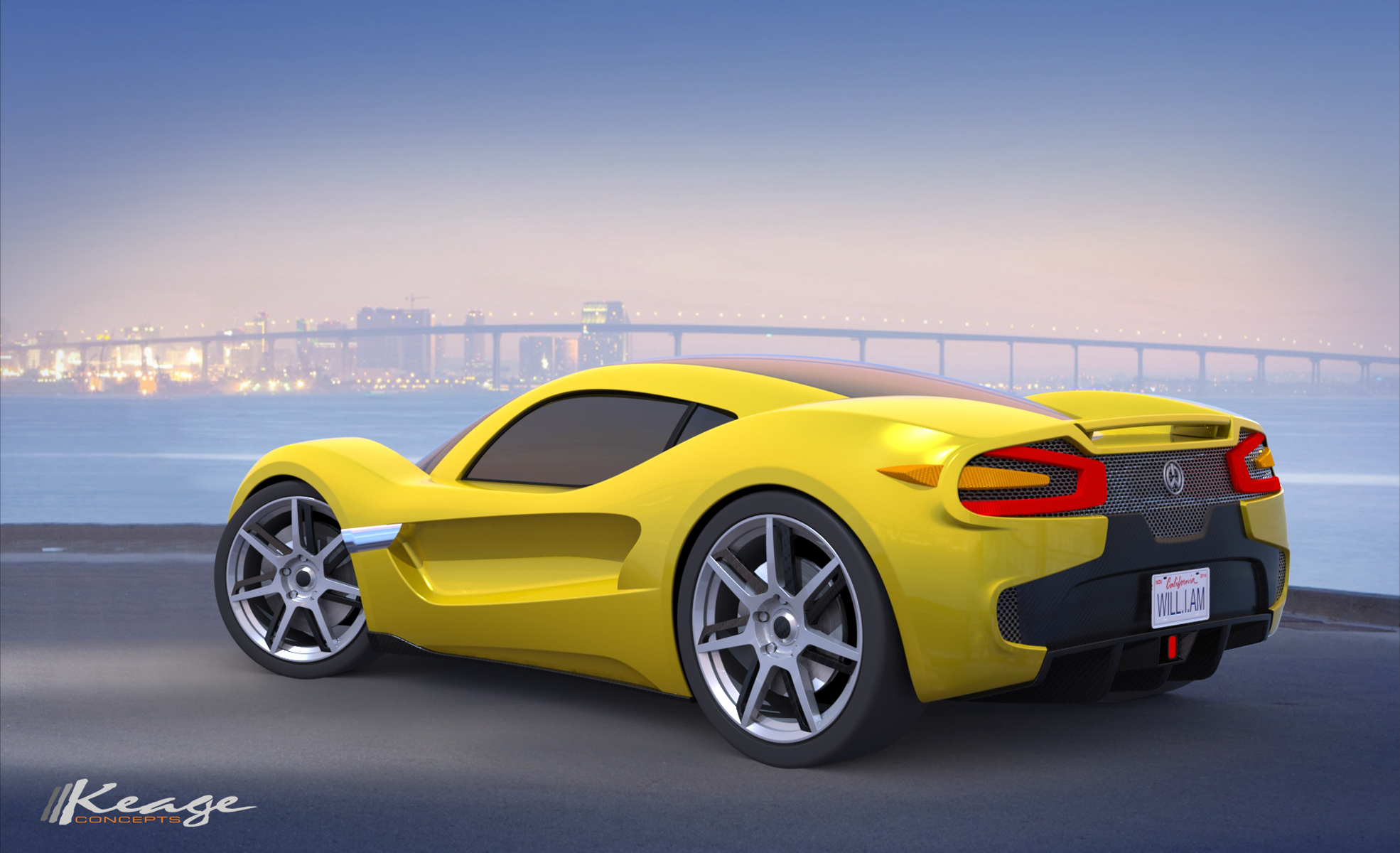 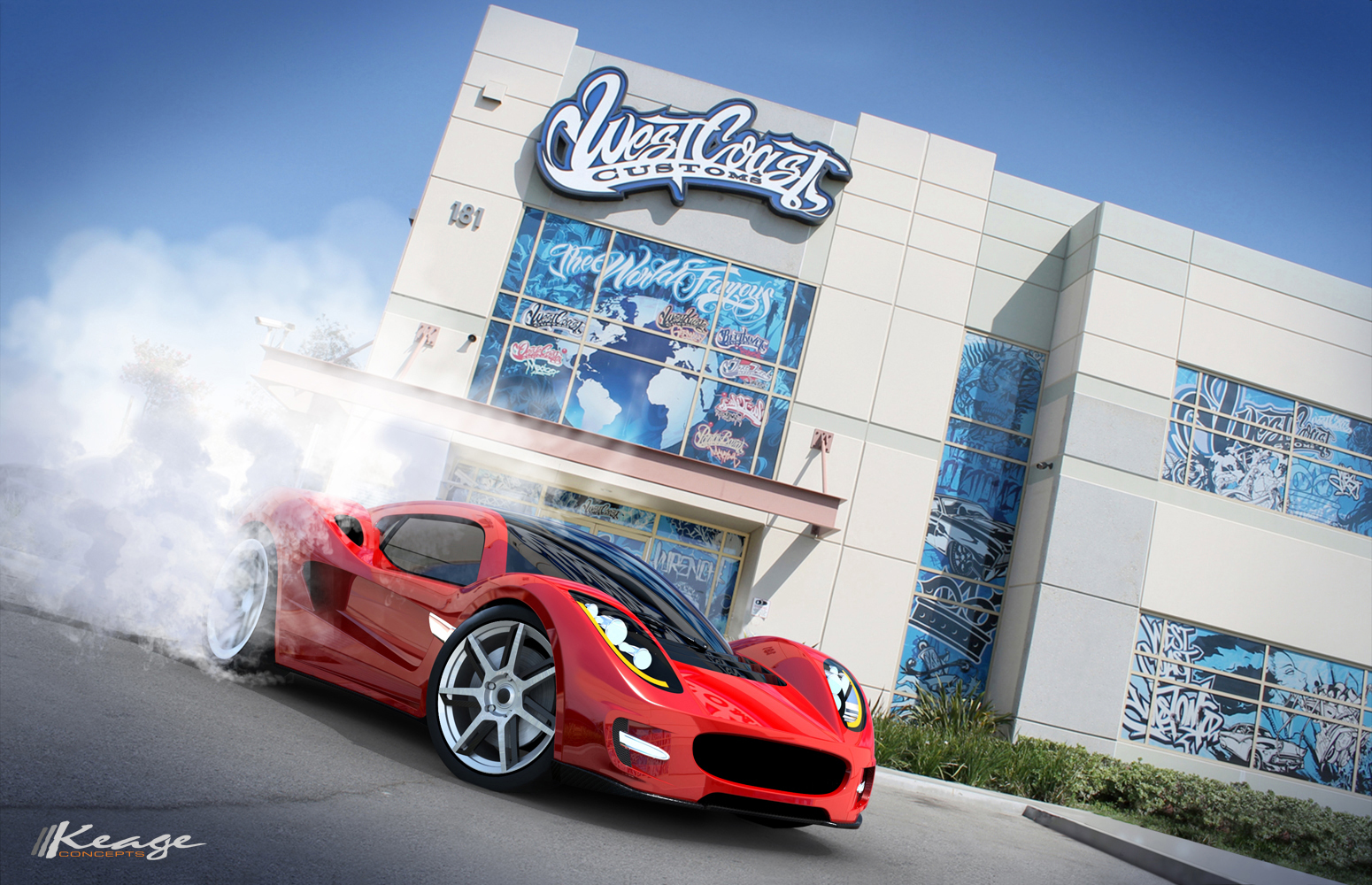 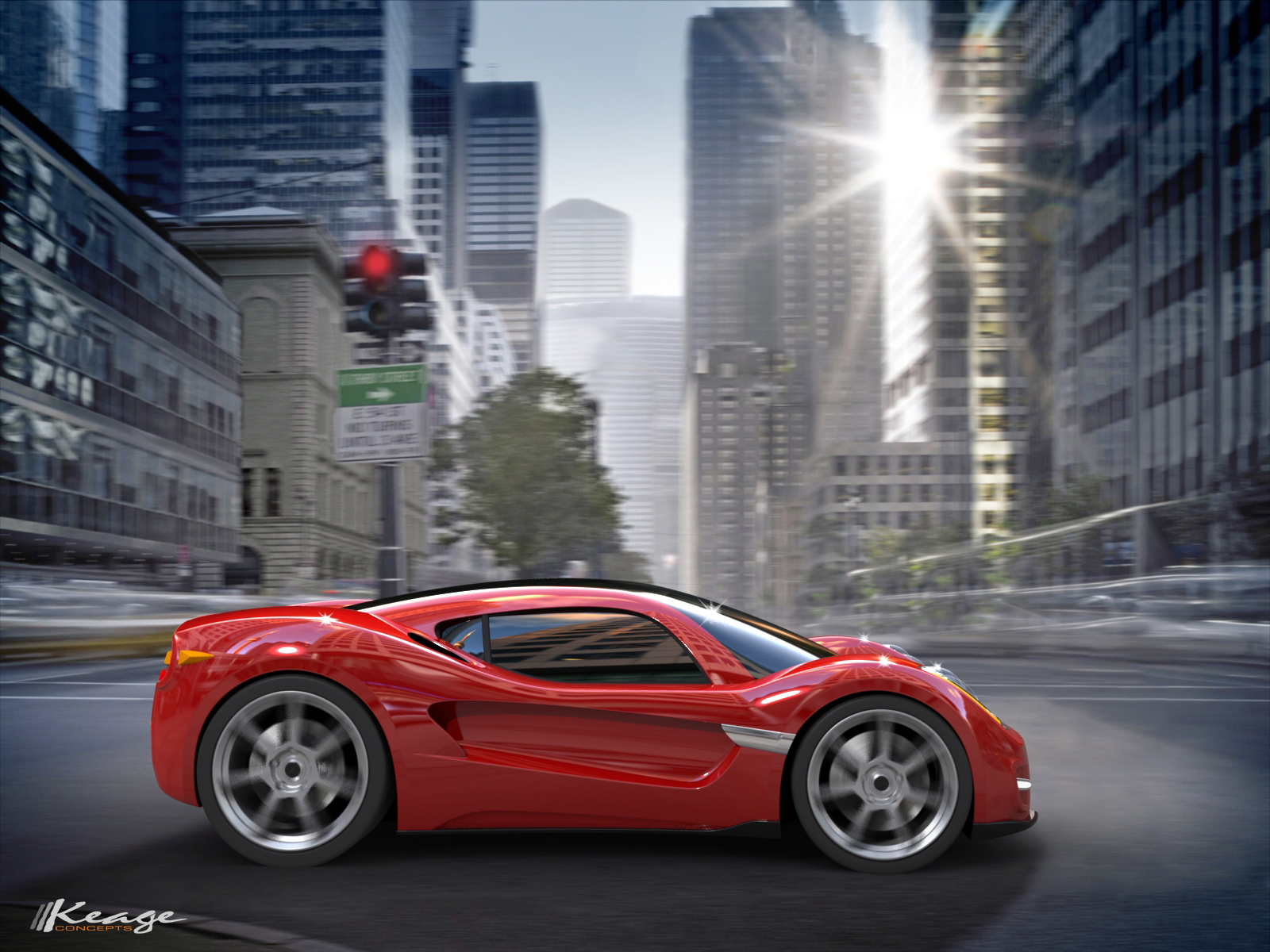 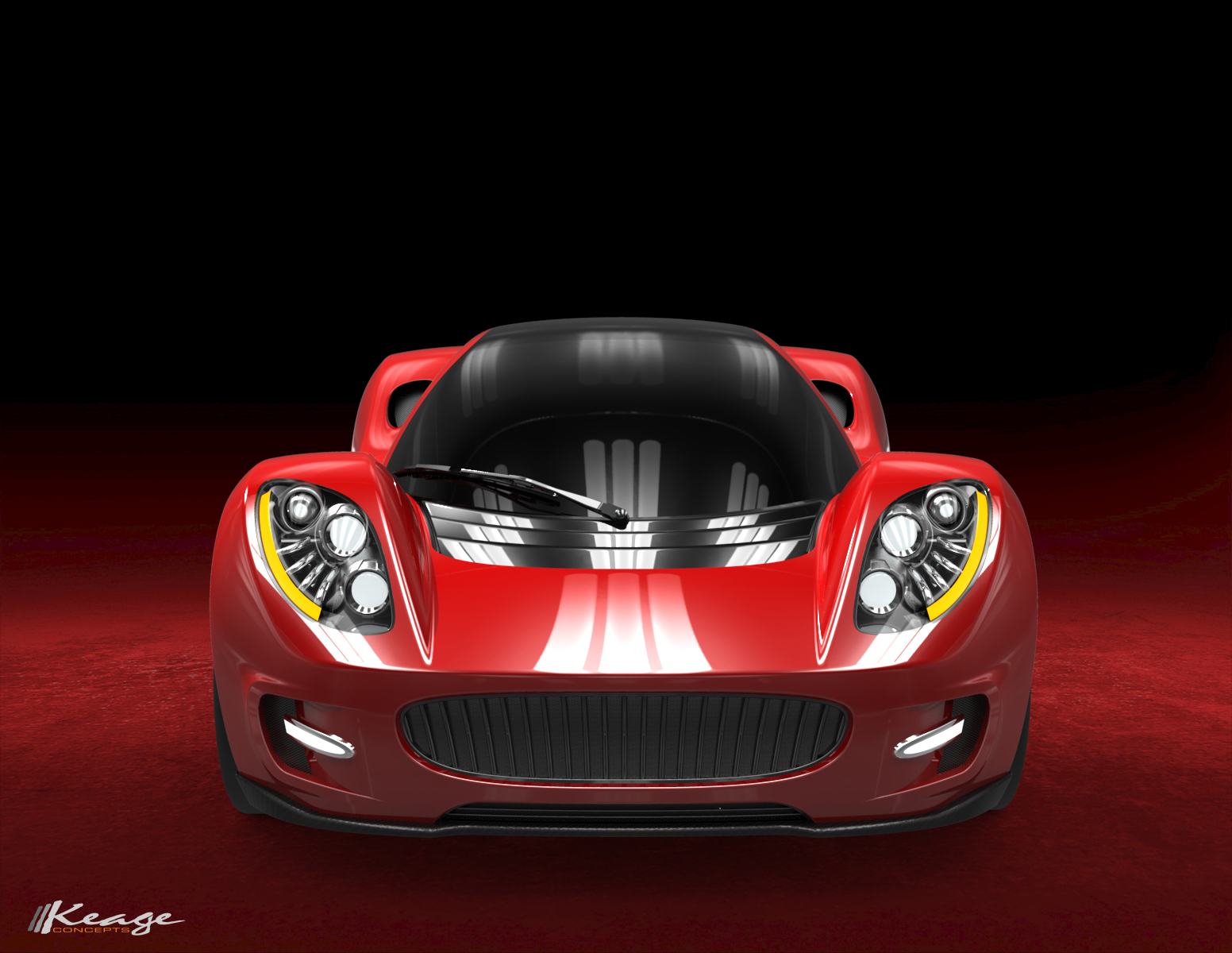 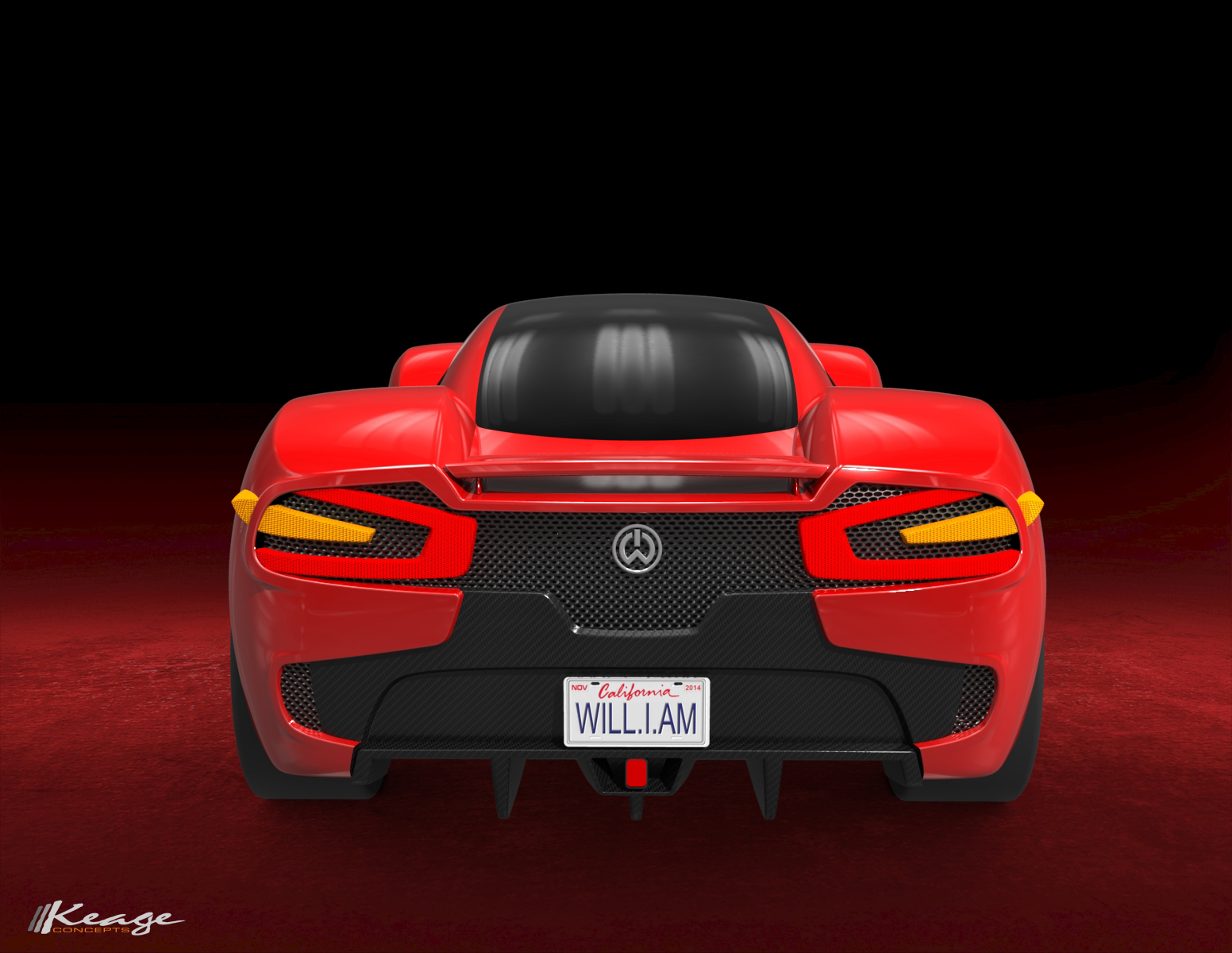 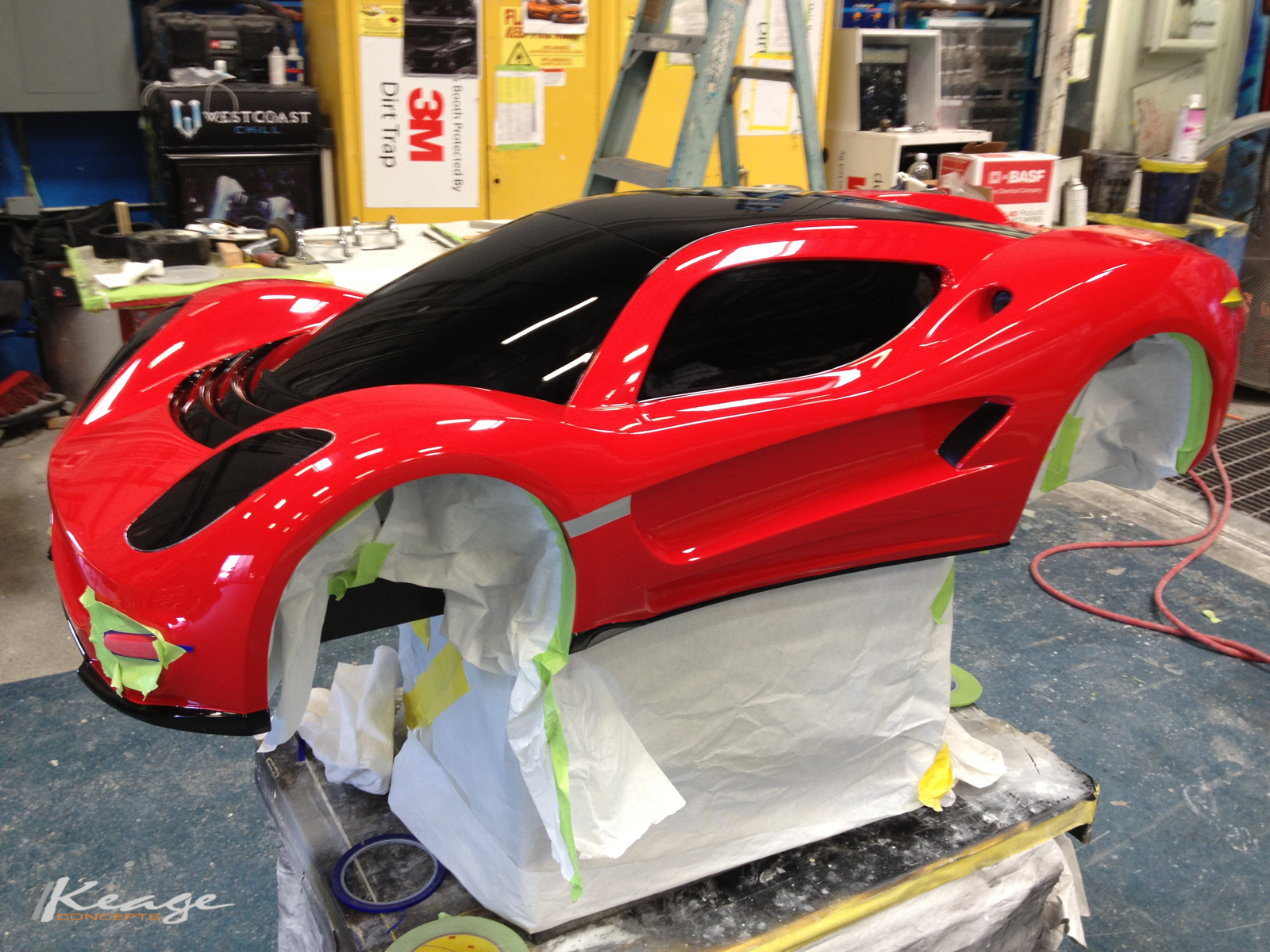 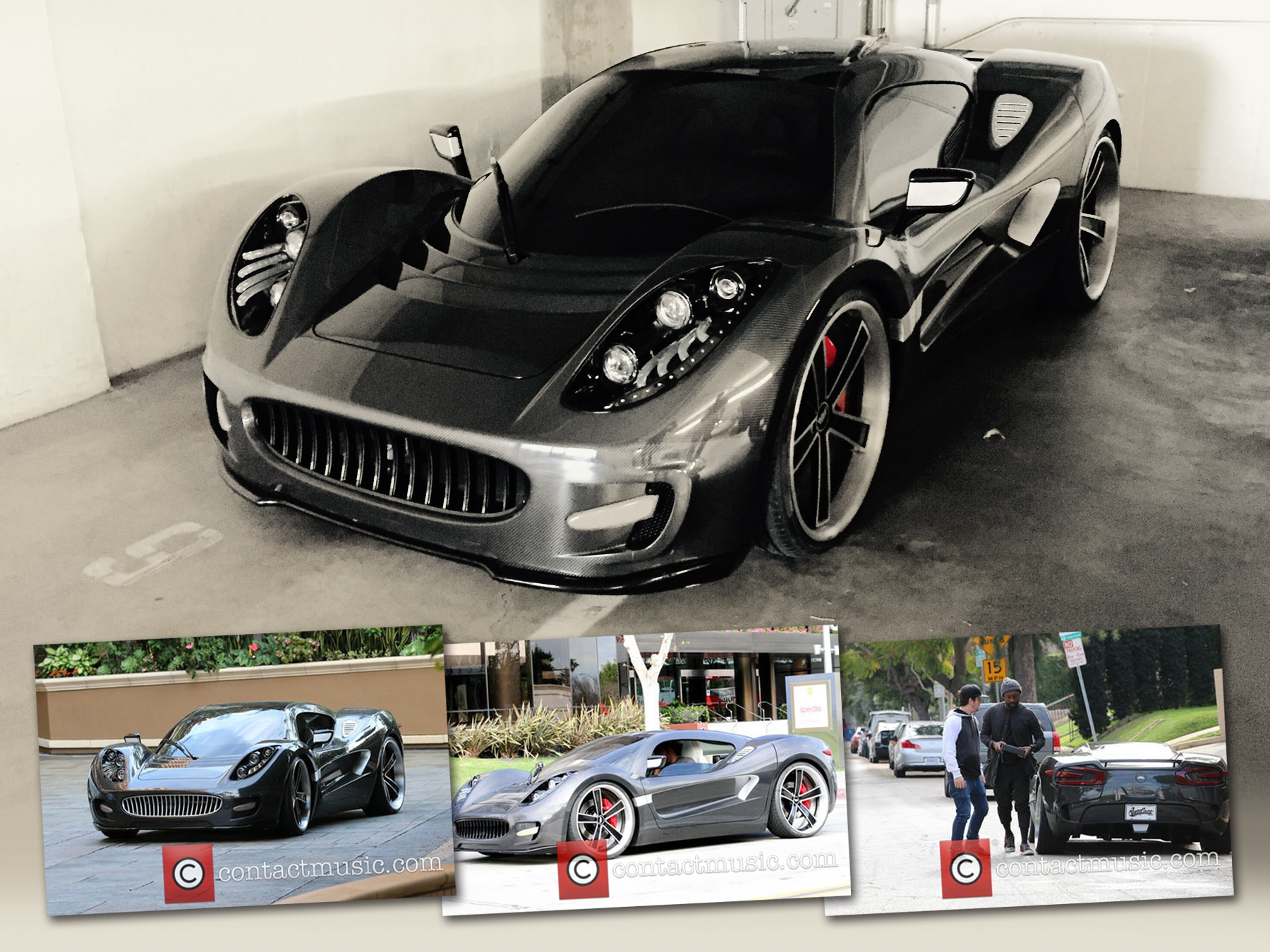 Louie Dietz of Customs Factory introduced me to this project with West Coast Customs. Will.i.am has done several personal custom vehicles and was his latest. I was given a front 3/4 view sketch of what Will.i.am was looking for. From that I was given license to design many of the details including the whole rear end.

I was given a lot of creative freedom except the fact that Will.i.am was adamant about having 24″ rims that pushed up the massive fenders on a car that’s platform is based on the tiny Tesla Roadster (Lotus Elise). It’s all about the massive rims and I think it worked well in the end. I’m most happy with how the headlights and rear end came together. With such tall fenders I needed the forms in the rear to visually widen the whole car to counter the height and make sure it had as much of a super-car stance as possible. In the end you’ll see Will.i.am decided to keep it all one color on the rear loosing the blackout graphic. So it’s execution isn’t quite what I had intended, but still looks great. It was a privilege to work on the design and 3D surfacing of this pretty radical one-off for a prominent celebrity alongside WCC.

You can find more about Louie’s engineering company at www.customsfactory.com 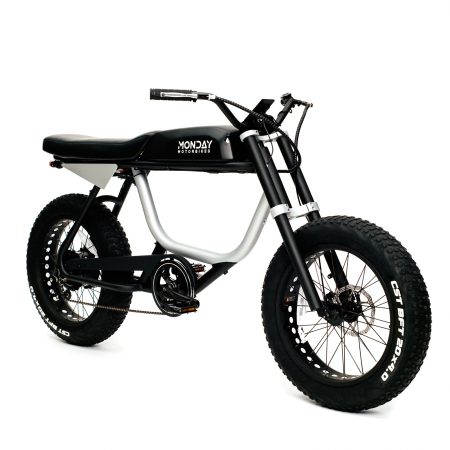 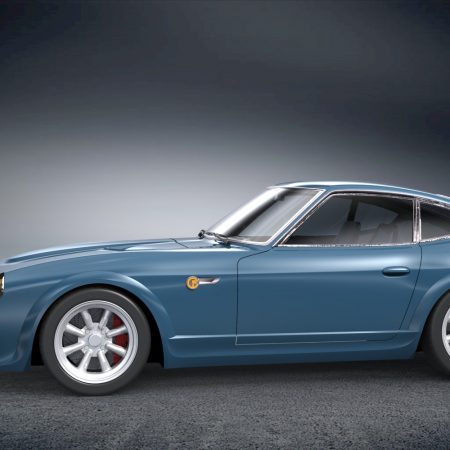 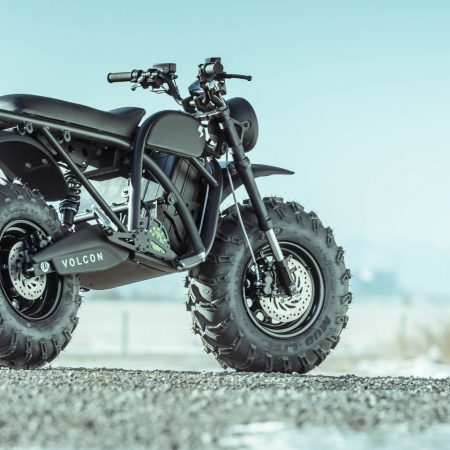 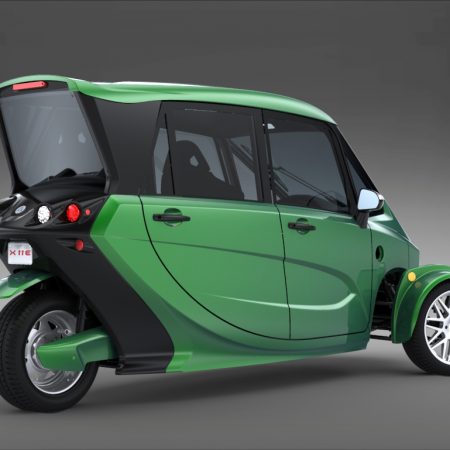